VPN Tracker 6 is now available and offers all the features of the previous version plus new security features, more device compatibility and, of course, the all new Secure Desktop. If you haven’t had the chance, take a moment to learn more about the all new VPN Tracker?

VPN Tracker has been updated to 6.0.2

We have gone ahead and made a few more minor tweaks to VPN Tracker 6 as well as added a purchase alert to let you know if you’re settings require VPN Tracker Professional.

Here’s the list of the changes that have been made:

This update is free to VPN Tracker 6 users and can be acquired within the application or downloaded.

We just wanted to let you know that we have made a few tweaks and made a few fixes to our initial VPN Tracker 6 release. The following changes have been made:

We would also like to take this opportunity to thank you to everyone who provided feedback for both the Beta and initial launch of VPN Tracker 6.0.

Today we have released an all new VPN Tracker – the best VPN Client ever designed for Mac.

VPN Tracker 6 offers more security, better certificate management, better integration with numerous VPN Gateways and now offers “Secure Desktop”, the place to go to connect you to the files servers and documents you need most.

Security
VPN Tracker already supports a variety of encryption methods including AES-128, 192 and 256 for information marked as classified through top secret. We have also added a couple of new items which include the SHA-2 Family of Hash algorithms, offering up to 512 bits of encryption, and Diffie-Hellman (DH) 14+. Have a look at what additional security features VPN Tracker has to offer.

Complete Control – IPsec, L2TP & PPTP
You can of course create IPsec VPN connections with VPN Tracker but now you can also control any existing L2TP and PPTP VPN connections currently in set up in Mac OS X System Preferences.

Device Compatibility and Features
VPN Tracker is Compatible with over 300 VPN Gateways and supports Client Provisioning features from a variety of manufacturers including SonicWALL, Fortinet, NetGear WatchGuard and More. Have a look at our latest vendor related features.

Secure Desktop
This is a dream for end-users everywhere. There is no more need to open a document or a folder only to have your Mac say, oops server not found. Just put that alias, file server, document or any other item onto your Secure Desktop and once you double click, VPN Tracker will make sure the right connection is established and take you exactly where you want to go. Learn more.

For more information please visit our VPN Tracker site or have a look at our news entry.

You’ve got a license to Barbecue

Sound the trumpets, gather the veggies and why not pick up a couple of steaks while your at it! Today we are proud to announce “Barbecue” – the iPhone app for the grill-meisters of this world who just can’t grill enough. 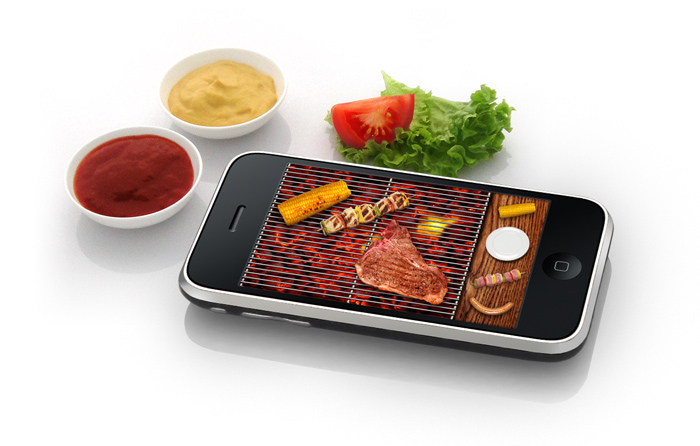 Toss on a steak, kebab or a frankfurter and serve it to all your friends direct from your iPhone via Mail, Twitter and even Facebook. Is this a game? Nope – It was designed simply because we just can’t get enough grill-time. The sights, sounds and sizzles of this simulation are top notch. If you’re ready to grill on the go, give it a whirl for 99 cents – for a limited time only. Start Barbecue in your iPhone now!

We have made a couple of under-the-hood tweaks to improve CoverScout’s performance on Mac OS X 10.6 and with iTunes 9. Additionally, we have also restored Google Image Search making it easy as every to find, edit and apply the perfect album art.

This update is free to registered CoverScout 3 users.

The Tube makes a few changes and meets a new friend

We are proud to announce The Tube is now compatible with the Hauppauge WinTV HVR-930c / myTV-930c. We have also added a few new features, including sorting by number of viewers and displaying the remaining show length in the info display. 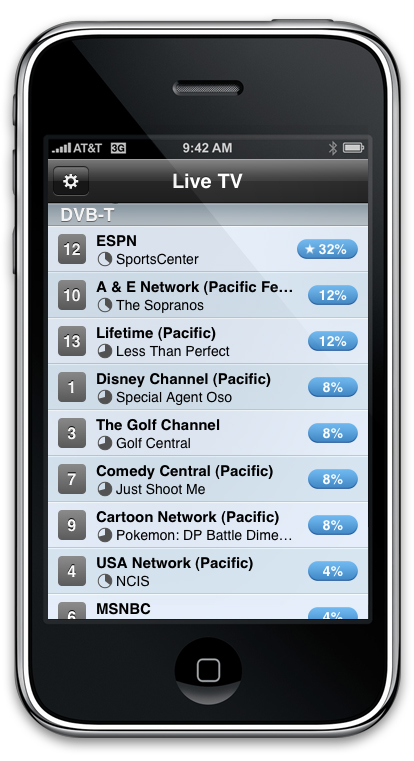 We have also made a few Snow Leopard tweaks including a faster and more reliable installer and have corrected a few minor user interface inconsistencies.

For all the Snow Leopard users out there, we are proud to announce that VPN Tracker is ready for business. In this release we have updated the split DNS component of VPN Tracker in addition to a few other minor tweaks.

This update is free for all registered VPN Tracker 5 users.

Snow Leopard – our apps purr with the new Big Cat

You may have noticed that Apple came out with Snow Leopard on Friday. We just wanted to drop you a line that all of our consumer applications work really well with Mac OS X 10.6. You’ll find none of them in the ‘incompatible Software’ list for Snow Leopard.

What does Snow Leopard mean to you: speed, refinement, change?
When it comes to your equinux software, what it doesn’t mean is problems.

We’ve been busy testing all our apps to make sure they run just as well as they do on Leopard. Not only can we confirm that all of our latest apps (iSale 5, CoverScout 3, SongGenie, Stationery Pack,, Stationery Pack 2, The Tube and MediaCentral) work well with the new Big Cat but they also get a boost from the overall speed improvements which can be found in the new OS.

We haven’t stopped there… we’ve also put iSale 4 and CoverScout 2 through their paces and like all great pieces of engineering – they were built to last. These apps purr just as nicely on Snow Leopard as they have been on Leopard for some time now.

So don’t be afraid – upgrade now and be rest assured all your equinux software will continue to work as expected!

Using VPN Tracker to connect securely over the internet?

In short, VPN Tracker 5 runs without any problems on Mac OS X 10.6 Snow Leopard so long as your connection doesn’t have any special Split-DNS settings. In fact, VPN Tracker actually gains from the faster operating system overall. If you’re using Split-DNS find a solution here.

Something hot is coming to your iPhone

Can you keep a secret? Something hot is coming to your iPhone http://bit.ly/eqsecret. Be the first to find out w/ VIP Code QS3PQ