New to VPN Tracker? Seamlessly move your Cisco AnyConnect VPN connections over to VPN Tracker 365 to continue using them on your Mac with macOS Monterey. Learn more.

As one of the most popular VPN protocols, Cisco AnyConnect SSL VPN is trusted by major corporations and educational institutions worldwide to provide thousands of employees and students with secure remote access.

Today, we are thrilled to announce that AnyConnect SSL connections are fully supported from the latest VPN Tracker 365 version (21.7.0), which you can download here.

Cisco AnyConnect SSL support in VPN Tracker 365 has been specially developed for optimal performance on macOS Monterey and offers you the following key advantages:

For IT professionals, having multiple VPN connections based on different protocols has traditionally meant installing several VPN clients on your Mac. Behind the scenes, these clients can sometimes cause conflicts with each other – resulting in a time-consuming, clunky workflow just to get connected.

The addition of Cisco AnyConnect to VPN Tracker 365’s unrivalled list of supported protocols is the key feature for busy network admins and consultants: Get instant access to all your essential VPN connections in one secure location and connect to multiple VPNs simultaneously. 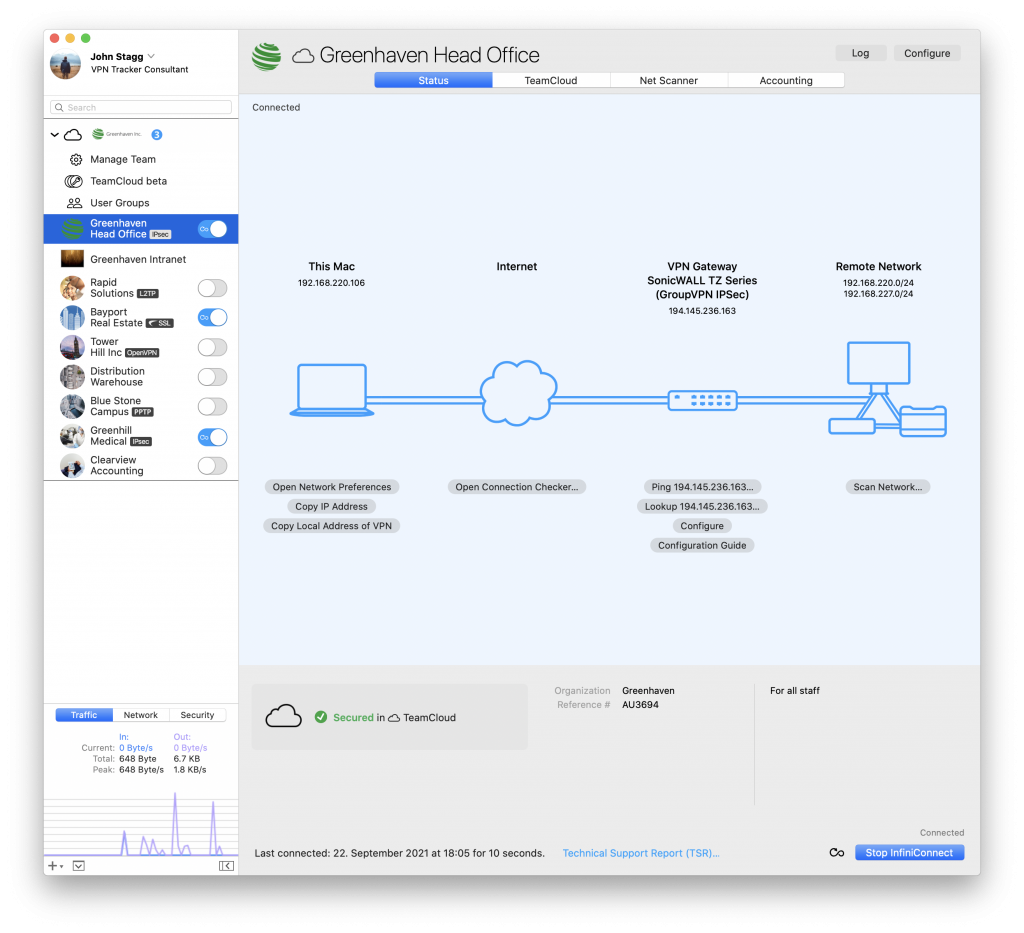 Planning a system-wide update to macOS 12 Monterey in the near future? You can breathe a sigh of relief in the knowledge that VPN Tracker 365 is already one step ahead: Cisco AnyConnect support in VPN Tracker 365 is fully optimized for Mac OS X 10.11 up to macOS Big Sur, as well as for the upcoming macOS Monterey release, due later this year.

In addition, AnyConnect SSL users who are already running the macOS Monterey public beta and have been waiting for Cisco to offer an update can now seamlessly move their connections into VPN Tracker 365 – with full support already available.

With VPN Tracker 365 TeamCloud rollout tools, you can instantly share pre-configured Cisco AnyConnect SSL connections with your team. Here’s how it works:

Easy VPN access for all users: VPN Tracker 365 automatically finds available VPN groups so you just need to pick yours from the list. Not sure which group to select? Ask your VPN admin. 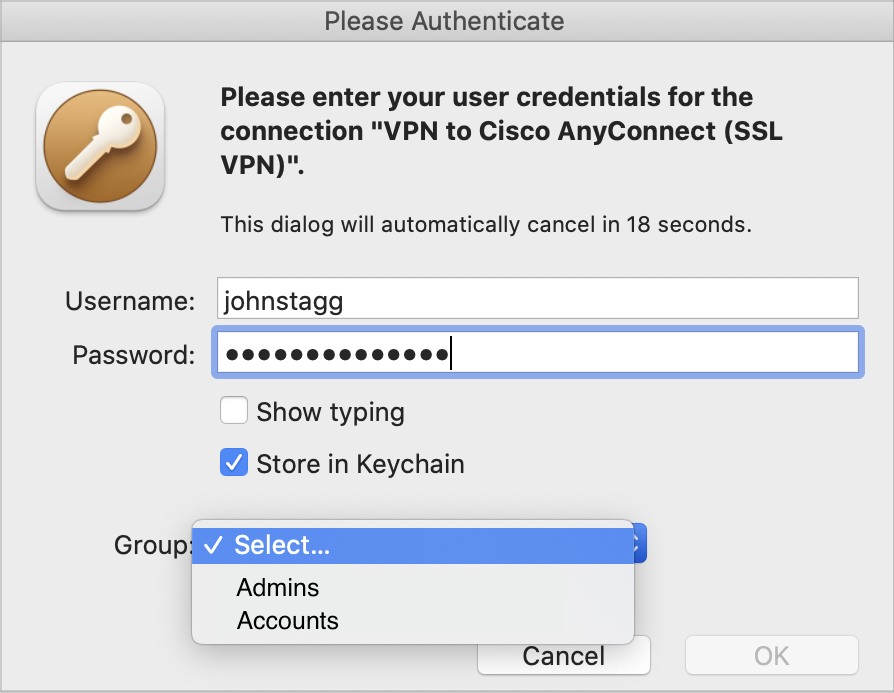 Users with a “connect-only” Team Member or Team Member Plus license can connect to an existing AnyConnect connection via TeamCloud.

Not sure which license you need? Compare all VPN Tracker 365 editions here.

Trust the #1 VPN client for Mac OS X and macOS:

VPN Tracker securely connects thousands of Macs worldwide with VPNs every day. VPN Tracker was developed from the ground up in our head office in Munich. You can trust in our long experience working with advanced VPN technology.