Today we are thrilled to be introducing TeamCloud: a centralized security management solution for teams using VPN Tracker 365.

How will TeamCloud help your Team?

Whether you're onboarding new team members, switching to a remote work setup or implementing key security changes across your team, TeamCloud allows you to securely and seamlessly manage connections and security - with no end-user action required.

TeamCloud is available for all existing VPN Tracker 365 users. The included features and storage depends on which plan you have: 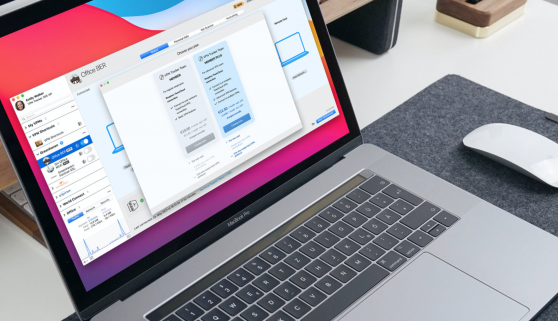 Which plan is right for my team?

A VPN Tracker 365 Team Member plan supports using one VPN connection in TeamCloud and is therefore a good choice for a regular user connecting to a single company VPN, e.g. from a home office setup.

With support for up to 5 connections, a VPN Tracker 365 Team Member Plus plan is the better option for users with slightly more advanced requirements: I.e. connecting to multiple branch offices. Added pro features such as InfiniConnect, Personal Safe for Shortcuts and Advanced Connection Checker also make this plan option the right choice for managers, team leaders, travelling sales agents and non-technical executives.

Both new licenses allow the use of all supported protocols - including PPTP connections on Big Sur.

Need to configure connections or manage a team?

In order to set up VPN connections to share with your team, you will need a VPN Tracker 365 Pro or VIP license. These are best suited to admins and technical users who need to make changes to security settings or connection configuration.

Example: An admin for one small team of users with fewer advanced VPN requirements needs a VPN Tracker 365 Pro or VIP plan. For network admins and consultants managing multiple teams of users, a VPN Tracker 365 VIP plan which includes features such as multi-team support and Corporate Branding is the right choice.

For a complete overview of which features are available with which licenses, please refer to our Editions Guide.

How to Use TeamCloud (Beta)

Setting up TeamCloud for your team is really straightforward. Get started by sharing your first VPN connection with team members.

Once you have configured a connection, you can share it with team members:

Your connection will be shared using secure end-to-end encryption, so each Team member will get their own encrypted copy of the connection, that only they can access:

All new TeamCloud is ready and waiting for you to start testing with your team! Download the latest VPN Tracker 365 version here to explore the new features.

Feedback or questions about the new TeamCloud features or VPN Tracker 365 Team editions? Don’t hesitate to get in touch with our support team.

Trust the #1 VPN client for macOS:

VPN Tracker securely connects thousands of Macs worldwide with VPNs every day. VPN Tracker was developed from the ground up in our head office in Munich. You can trust in our long experience working with advanced VPN technology.