August 23, 2018 Company, VPN Tracker
As you’ve probably heard, Apple has pulled Facebook’s Onavo Protect “VPN” app over privacy concerns. While Onavo Protect claimed to be a VPN, it was owned by Facebook and was capable of incredibly invasive data collection: as it set itself up to redirect all internet activity through Facebook’s servers, it could potentially monitor all internet activity, including which apps were used, white sites were visited and basically anything else you did over the Onavo connection: 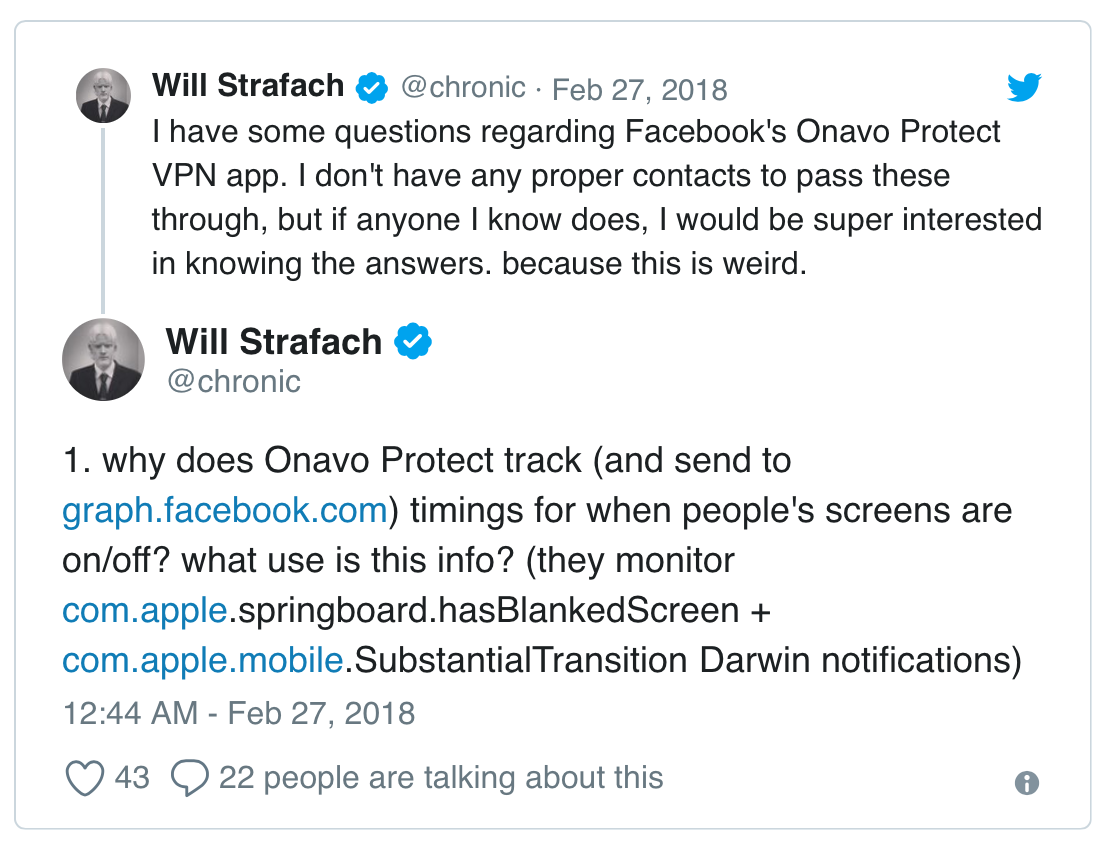 A VPN needs to be trustworthy