After launching VPN Tracker 365, we received feedback from some customers who told us they prefer a traditional license-based model, or that subscription purchases are tricky within their company or organization.

Today we’re introducing VPN Tracker 9: a brand new version of VPN Tracker designed for OS X El Capitan that can be purchased as a one-time license: 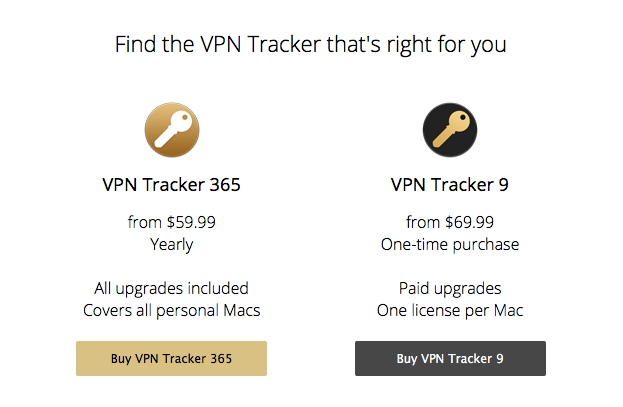 Teams, Enterprises and Workgroups will love new Team Management and Deployment options included with VPN Tracker 9 that make it super simple to deploy VPN Tracker to everyone on staff.

Here are the main differences: 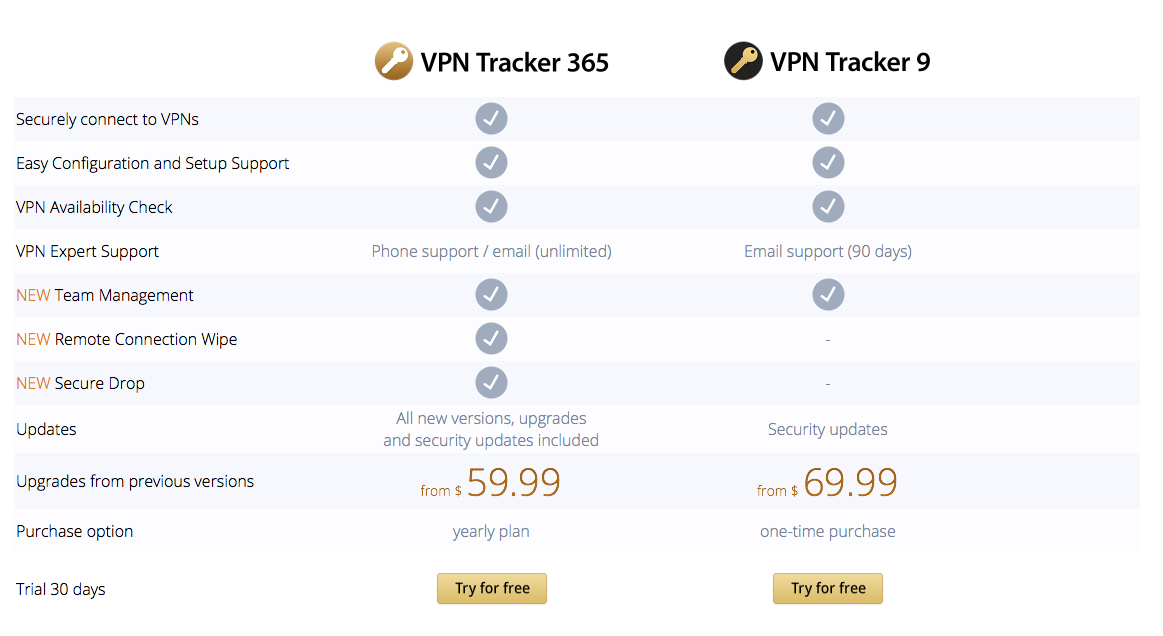 Going forward we’ll continue to offer both models: VPN Tracker 9 customers will have the option of upgrading to future major versions for a low upgrade price, and VPN Tracker 365 customers will receive all upgrades free of charge for the lifetime of their plan.

We’re committed to offering the best and most secure VPN experience on the Mac and are pleased to do so with VPN Tracker 9 and VPN Tracker 365.