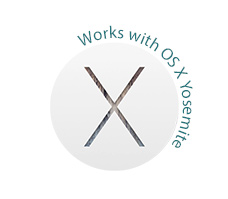 Now that OS X Yosemite Public Beta is out, you’re probably wondering which apps work with Yosemite so you can start testing Apple’s latest and greatest. The good news: most of your equinux apps already work with OS X Yosemite.

That wraps up our first Yosemite overview — if you have any question, just send us an email or get in touch on twitter.

How to build email newsletters that look great in all versions of Outlook – with Mail Designer Pro 3.3